Skip to content
Bulldozing through stereotypes and breaking down gender barriers, two young South Coast women are proving there’s nothing they can’t do. Amandawe residents, Londiwe Buthelezi and Nonhlanhla Hlongwa, have just completed the Renishaw Hills-funded Construction Education & Training Authority (CETA) learnership programmes in Building and Civils Construction. Renishaw Hills is a mature lifestyle development near Scottburgh on the KwaZulu-Natal South Coast. Phillip Barker, managing director of Renishaw Property Developments, said a priority of Renishaw Hills’ development has been engaging with the local KwaCele community and finding ways to empower the residents through the development. “The CETA training programme, which was initiated in June last year, forms part of that commitment,” said Barker. “We ensured that 13 of the 25 available positions were filled by women and this has proved to be an incredibly rewarding experience for everyone involved.” Londiwe and Nonhlanhla, both 21 years, successfully completed the year-long programme which involved five months of theory, followed by seven months of practical training in bricklaying, plastering, paving and carpentry (among others), all performed at Renishaw Hills. Following a stringent assessment of their knowledge and skills, the two will now be awarded with the National Certificate: Building & Civils Construction, NQF Level 3. “Since high school I have wanted to get into the construction industry,” said Londiwe. “When I saw the notice for the programme, I applied, and was so happy and excited when I was selected from such a large group.” More than 100 unemployed residents from the KwaCele Traditional Council applied for the 25 sought-after posts: “I wanted a career in something that was different and challenging,” she continued. “I want to get some experience and then start my own company.” The ambitious candidate admitted there were some quizzical looks from men when the women arrived onsite: “At first they didn’t expect us to do this but then they were supportive, helping us carry the heavy items.” Also hoping to start her own company, Nonhlanhla said it has been a dream of hers to get into the construction industry: “We have to fight against the stereotype. The men believed there are things we can’t do because we are women, so we had to prove them wrong. We were able to do the work, and even more than they expected.” In addition to reluctance from co-workers, Nonhlanhla said she had to convince her family that she was capable as well. “At first they were surprised that I wanted to do this work. I had to show them that I could so they made me build a slab behind our house. Then they were happy, they could see it was my passion and I was good at it.” Asked what advice she’d give to aspiring female construction workers, Nonhlanhla said: “If an opportunity arises, just go for it! There’s absolutely nothing men can do that we can’t. Women can do anything!” 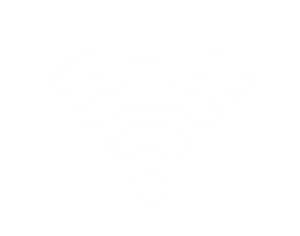